FREE DELIVERY for orders from $35

An Introduction to British Shorthairs

Ever come across a cat with a soft teddy-bear face, stocky body and plush luxurious coat? Chances are you’ve stumbled across Mr. Popular (or an inspired look-alike) somewhere, even as the grinning Cheshire Cat from Alice In Wonderland. Native to the United Kingdom much like tea and scones, the medium-to-large sized British Shorthair is one of the world’s oldest cat breeds. Reaching physical maturity at about three years old, the British is a noticeably sexually dimorphic breed with males weighing significantly heavier than their female counterparts. While solid blue-gray may be the most popular color variant for the breed, owners who share a different preference can find the British in just about any color and pattern combination. 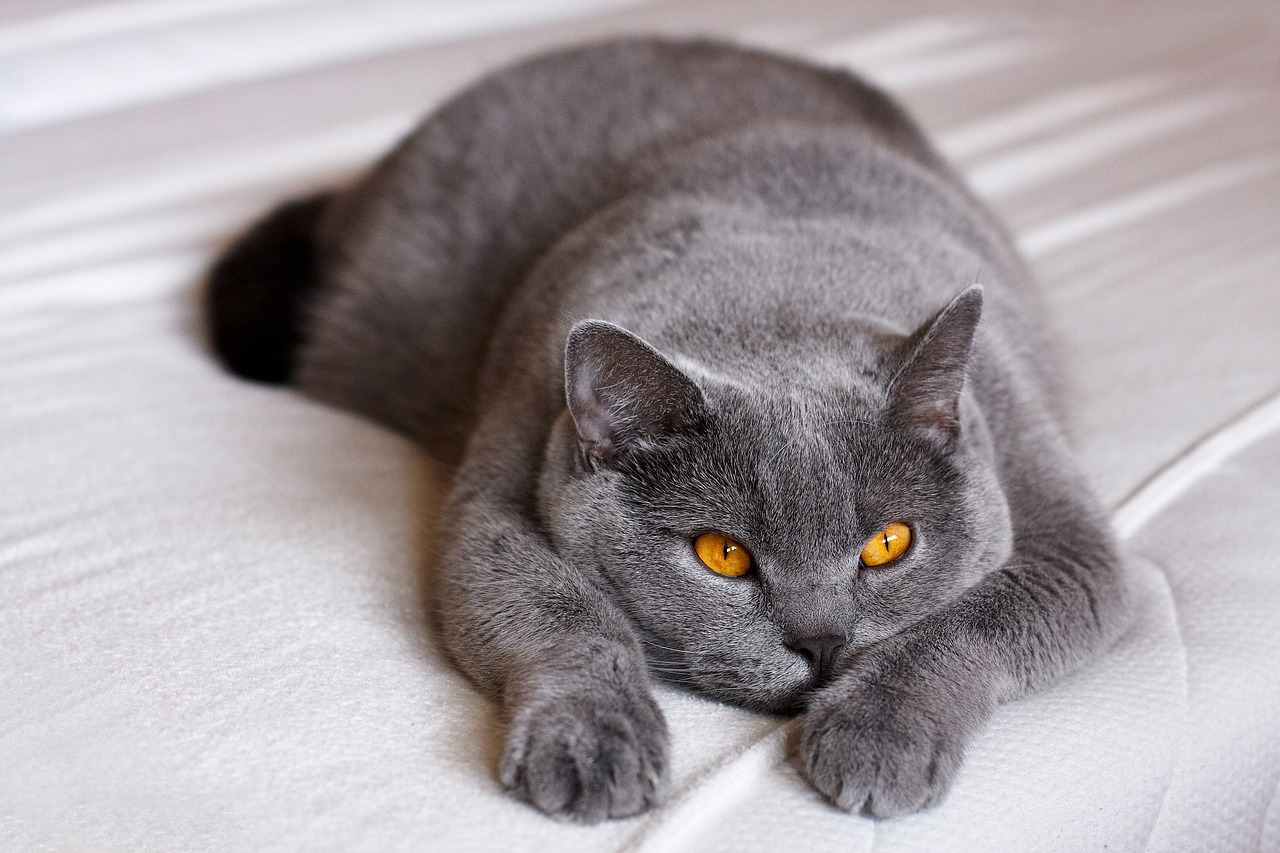 Now, we all know that cats are the ones with the real decision-making power, so what’s it like to be chosen by a British?

Up Close and Personal with the British Shorthair

For those of us working at the CatSmart office, there’s no greater energy booster than the daily doses of affection we receive from our resident kitty, Dusty. The easygoing British Shorthair Munchkin was an instant love at first sight, a sweet-natured kitten that’s always padding around on soft paws looking for his next sleeping spot on our tabletops. Cat lover or not, anyone can fall in love with a British Shorthair.

“Fiercely loyal, British Shorthairs are essentially a one-owner kind of cat,” said Roger, co-founder and key strategist of CatSmart, when asked to describe the temperament of the British. “While stubborn at times, they are very friendly.” Twenty-two years of experience in the industry had left him with nothing but praise for the breed. Roger recommends the moderate-energy cat as an ideal companion for new owners, saying, “With their short fur, there’s no need for much grooming. The breed is also known for their clean bill of health.”

While free from the many genetic diseases that plague other breeds, British Shorthairs remain susceptible to gingivitis and hypertrophic cardiomyopathy which are known to affect any breed. As the British is also prone to obesity due to their laid-back lifestyle, it is important for owners to maintain a carefully-controlled diet and ensure the cat gets adequate exercise.

When it comes to grooming, a weekly brush is well sufficient to rid the loose hair. A bath is rarely necessary, which makes the British low maintenance and relatively easy to care for.

With all that said, the British Shorthair is a friendly breed that is highly recommended for new owners, as well as families with children and cat-friendly dogs. While they aren’t lap cats, generally preferring to snuggle next to their humans on the couch, any(cat) who can sit through a dull TV program with you is definitely a worthy companion for life.

If you think a British Shorthair is just the cat for you, feel free to private message us on Facebook for more information on kitten enquiries and availability. At CatSmart, we also carry Persians, Scottish Folds, Ragdolls, Exotic Shorthairs, Norwegian Forest and Munchkin kittens. But keep a close lookout, because on the odd occasion, you will find other rare breeds hiding amongst them.